My bestie, Margaret, came to visit for my birthday this year. We had casually talked about making a quick trip to Las Vegas to see Britney Spears. About 5 weeks before my birthday the talking got serious and with a matter of an hour plane tickets, Britney tickets, and a hotel room had all been purchased. I had never been to Vegas so I was stoked-to say the least.

This was only the second time I have ever been away from Lex so it worked out well that we left for the airport around 4:30am on a Tuesday morning. I got up around 3:30am to shower because we knew we couldn’t check into our hotel till 4pm.

Margaret slept the whole way but I took advantage of my alone time and watched a Zac Efron movie instead! I can’t sleep on planes any way. We got to Vegas around 8ish and took our luggage straight to Planet Hollywood. Before luggage was dropped with the bellman, we put some makeup on in the bathroom (super glamorous). Margaret and I were ready to conquer Vegas!

First up, we checked out the Planet Hollywood Miracle Mile Shops. Nothing was open so mental notes were made about what to revisit later in the day. Then, we started walking until we made a stop at the Flamingo Hotel to see the flamingos. 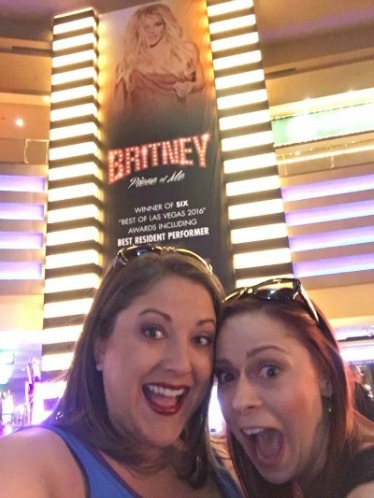 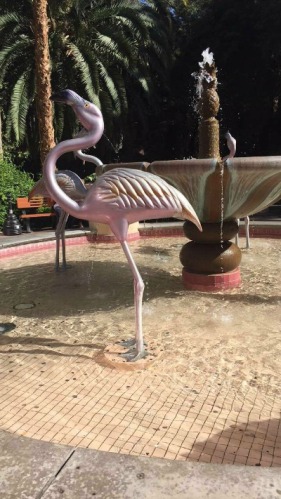 Next we headed toward Caesar’s Palace. I spent a pretty penny in the Sephora here-couldn’t help it and don’t regret it! After looking at all the shops, we had our first cocktail at Café Americano. The Bloody Mario was yummy! 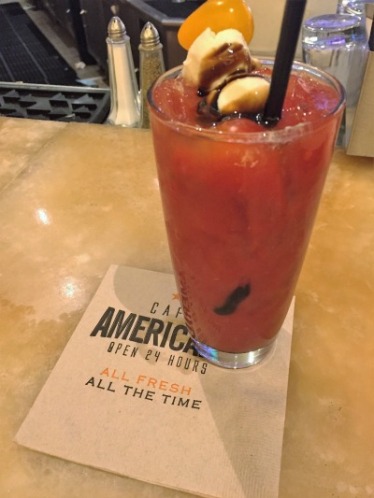 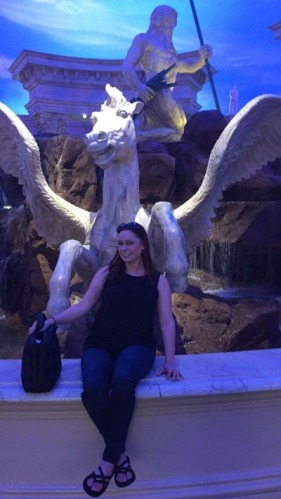 At this point we had hit lunch time and my one request was to go to the In N Out Burger. I had only been one other time so I was pumped. It totally lived up to expectations. 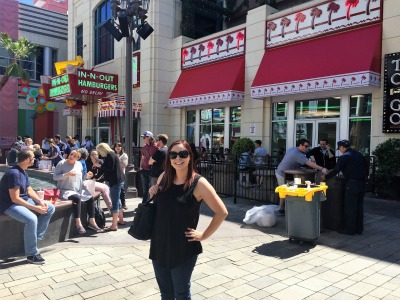 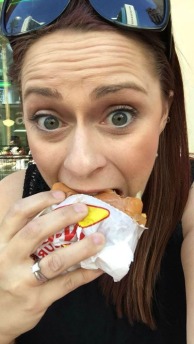 Freemont Street was next (this was Margaret’s one request) so we grabbed cab and headed that way. I had been Snapchatting like a freak all morning so we needed to find somewhere to charge our phones and sit for a minute. We stopped into the Smashed Pig and had a couple cocktails. After batteries were charged we headed for a casino to play some slots-Margaret won! 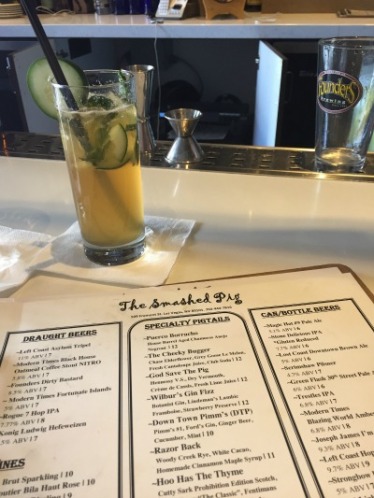 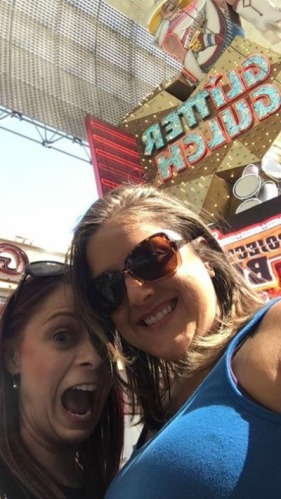 The momentum of the day kept me from falling asleep as I think I had around 4 hours total! Margaret and I went back to the strip to check in and shop a little. I grabbed some Garrett’s popcorn and some presents to bring home. We finally stopped to get ready before seeing the Bellagio fountains at night! Lombardi’s for dinner and it was time for Britney! She puts on an epic show and we had a blast. 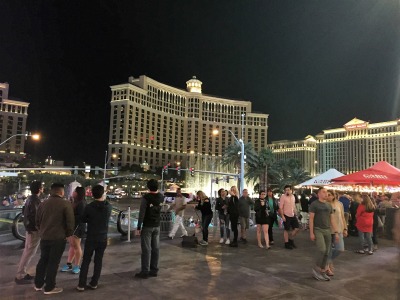 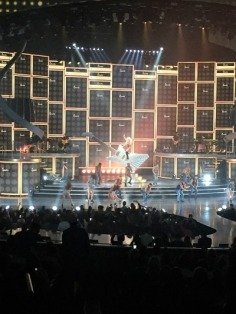 This seriously was the best time! Margaret and I haven’t lived in the same city in years so it was nice to spend quality time with her. I finally we to sleep around 1am and got up around 4am to get to the airport. We were back in Denver by 8am. I still can’t believe how much we packed into less that 24 hours in Vegas.